Take me to Worlds, A Raddus Fleet 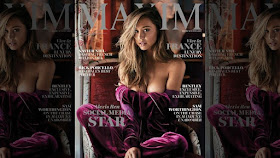 Bad news: I'm not going to Worlds (can't afford to, simple as that).

Good news: Who the winner will be is no longer a forgone conclusion!

Looks like most players are expecting a strong Raddus showing at Worlds. I agree with this assessment. Raddus a strong commander, and still new enough that not everyone has their counter-play down.

He's almost like another fish-face admiral: took a while to figure out the counters to masses of red dice being thrown downrange.

So I think that gives Raddus (if you can use him properly that is) an interesting advantage. Not necessarily against every single player, but enoguh that you might score a few points extra during Swiss. Or even get one or more very helpful 10-1s...

A while back a wrote about my Regionals-winning Raddus fleet. It was a lot of fun to play, and despite having been thrown together with only minimal playtesting it worked quite well. I would not say surprisingly well, because I was quite sure it had all the bits and pieces needed to perform well. But as always in Armada it helps a LOT to have actually practiced...

Anyway, based on previous playtesting and my Regionals matches, I hade some tweaks to the list. DCO had worked OK, but in general I think Lando would be a stronger option.I also got rid of the Comms Net - it simply wasn't doing much work. Together with the leftover 1 pt bid, I could now afford Endeavor. In every game the BC had proven highly vulnerable to crits (no surprise there), and only luck (and well-timed repairs) had kept it from being blown up/crippled.

Not sure it makes the list much better, because there are definitely matchups where I'd be temped to go back to the original version... but that's always the case with Armada. But based on my limited playtesting v2 should be just a tab bit more versatile.

So far, so good. Then along came the new FAQ...and it does affect the list. Some. Not a lot, but enough to require either adjustments to the list or adjustment to how it's played. The change to Relay means your flotillas can't stay on the flanks AND be effective squadron pushers. Not a crippling flaw, but it needs thinking about.

But before we get to looking at adjustments to the list: the FAQ makes the list stronger, not weaker. It makes it more difficult to relay-spam with flotillas, which is good for this list. The flotilla hard cap also weakens some of the popular squad-heavy archetypes (but do expect them to adjust and overcome). You're also well equipped to kill all of your opponent's combat ships if he's running only a couple of those. This can now give you a tabling, now that flotillas don't prevent this.

The list is also doesn't give away points easily (important in tournament play): the flotillas and squads are just over 100 points, so as long as no large ship dies you can't do worse than 7-4 (not accounting for objectives). That's not going to happen, so even of you lose you should lose small. Only the Liberty is worth a pretty penny (170 points), but it's also uniquely well equipped to disengage and run late game.

On to the adjustments:

It's tempting to just ditch the current squads and go all Rogue. Then you don't need to command squads at all, which is obviously an advantage. If you do this there are two options: pure YT-2400 (requires you to ditch something, such a Endeavor) or 3xYT + Rogue (1 pt left over).

The main issue here is the loss of Strategic. The VCXs are there primarily for the Strategic keyword: Intel Sweep and Ion Cannon just won't work without Strategic, so you'd have to come up with less powerful objectives. Also, Rogues is nice, but they lack the staying power and annoyance factor of Tycho/Shara.

Actually, if you go by this Rogue route, I'd actually recommend dropping the Liberty title, and taking 3xYT + Jan Ors. She can free up the YTs to shoot where it hurts the most, and 6 hull with 2 braces is STRONG. Sure, Jan becomes a target, but she's staying a bit further back, and has Counter 2 - and 2 braces. So either way you win.

Another option is to mix and match. Take Tycho (for his ability to scatter and move when engaged), only one VCX and 2 YTs. Only 1 source of strategic isn't as good as 2, but it let's you manipulate Intel Sweep sufficiently if you're clever. Probably Ion Cannon too. It's a viable combination I think, but I haven't tested it yet, so not 100% sure.

The final option is to...keep as is. Sure, relay has a range-nerf, but you can keep Bright Hope close to the squads and just accept that you won't always be able to command all your squads. The VCXs are typically fine with going in the squad phase, and once the A-wing aces are engaged, they've done their job. Sure, being able to command them makes them a bit better, can let them shoot before dying, for example, or shoot and get away, or whatever.

But compared to many other lists the drop in efficiency really is minuscule: you squads are there for the drops, for strategic, and for dying as slowly as possible. Back in the day we did this with just Tycho and 3 A-wings. The kids these days are spoiled rotten: Tycho, Shara, and 8-hull generics...

So those are your options in terms of squadron adjustments. I can't say which is better, because that will depend on A) how you play and B) what you meet. All are viable options, although dropping 1 or both VCXs will have more far-reaching consequences (in terms of objectives).

Other things that can be tweaked without making this an entirely different list:

If you think this looks like a good list: feel free to bring it to Worlds (or any other tourney). Preferably to win, but top 4 is also acceptable :-P
Green Knight at 11:15 AM
Share